1st Team have their last game in Gwent County Division 2 this weekend. A win against @RogerstoneAFC would see us crowned as CHAMPIONS!! Come show your support. #Excel #Tigers

At the end of the 1999-2000 season, Cwmtillery AFC and Abertillery Town forged an alliance, playing under the club name Tillery FC until the close of the 2006 season. The decision to combine the neighbouring clubs, who were both steeped in their individual and respective history, was considered to be the only viable option to […] 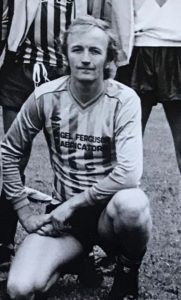 It is with sadness that we acknowledge the passing of Tony Seymour last week, following a short illness. Tony was described as ‘one of Abertillery’s legendary sportsmen’ by club treasurer Roger Fisher and had deep-rooted ties to the football club. As a player, he was acknowledged as ‘a gifted left-side player, with a wand of […] 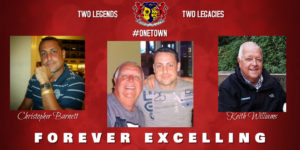 Saturday, August 4th will see the historic Woodland Field in Cwmtillery undergo a name change, in a heartfelt and emotional show of respect to two club legends who passed away last September. The Woodland Field itself will be rechristened as the Keith Williams Field in memory of the longtime stalwart and club secretary who passed […]