1st Team have their last game in Gwent County Division 2 this weekend. A win against @RogerstoneAFC would see us crowned as CHAMPIONS!! Come show your support. 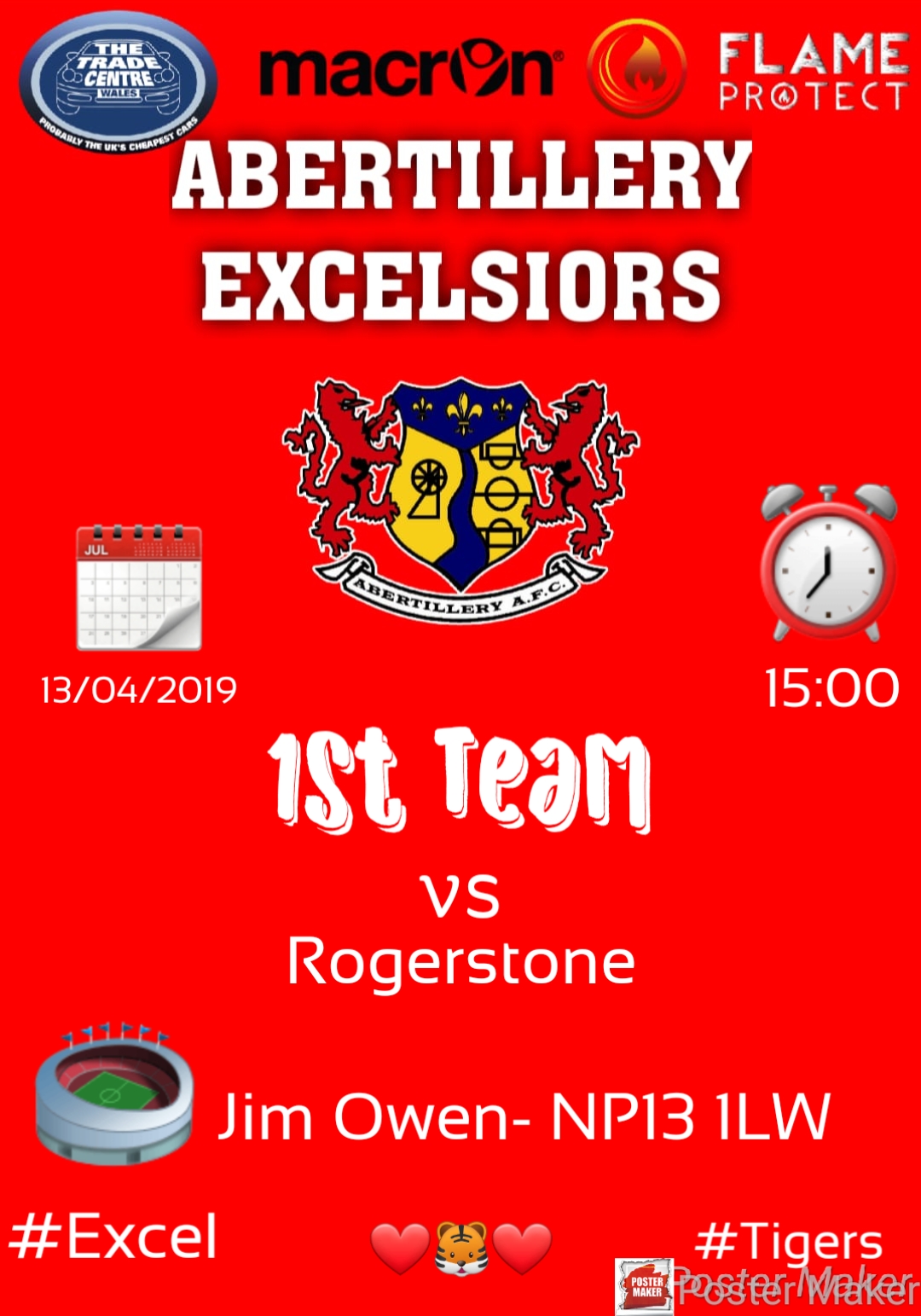 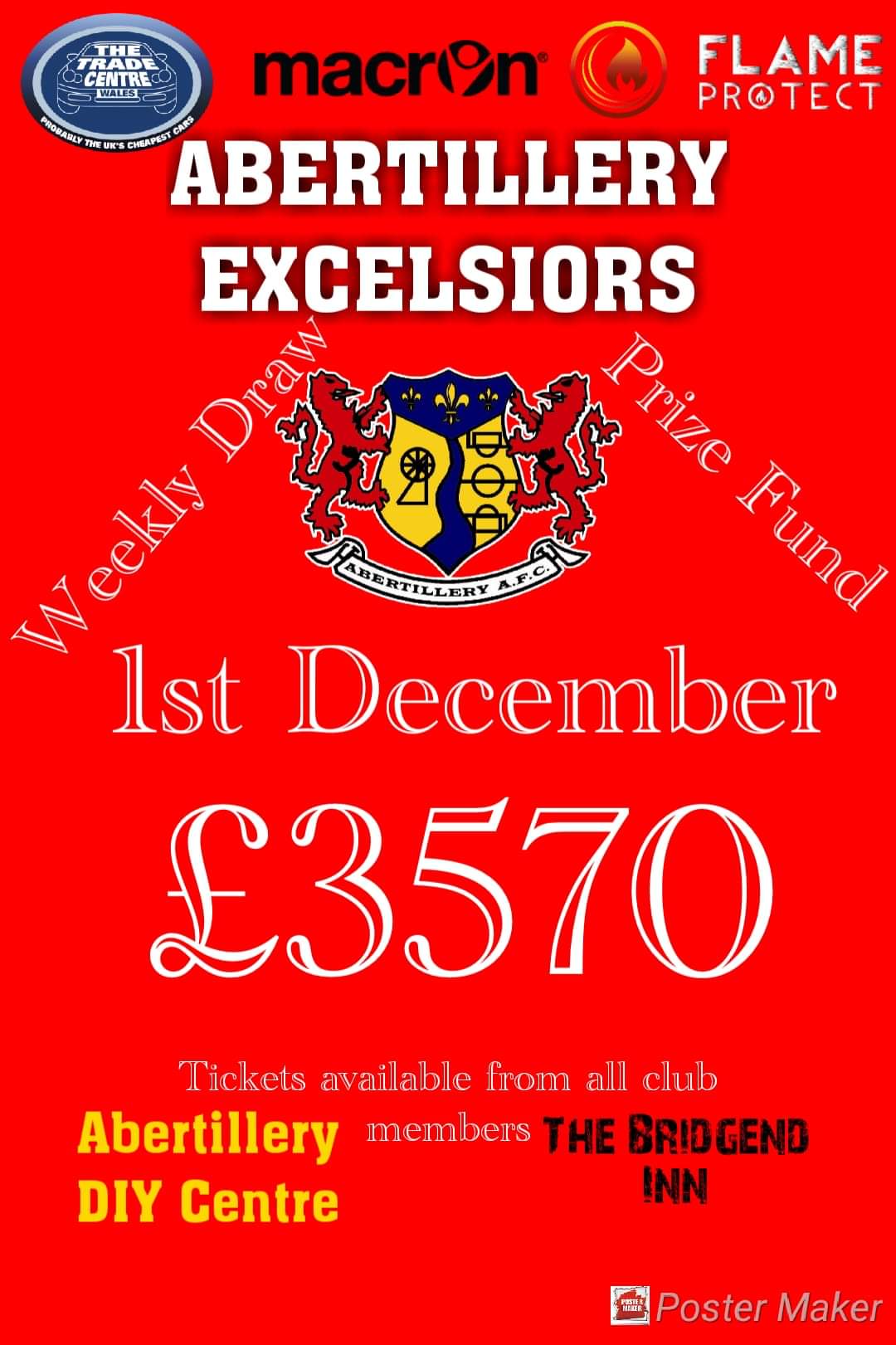 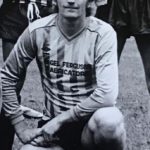 It is with sadness that we acknowledge the passing of Tony Seymour last week, following a short illness. Tony was described as ‘one of Abertillery’s legendary sportsmen’ by club treasurer Roger Fisher and had deep-rooted ties to the football club. As a player, he was acknowledged as ‘a gifted left-side player, with a wand of a left foot’, who was also versatile enough to play in the centre midfield position. 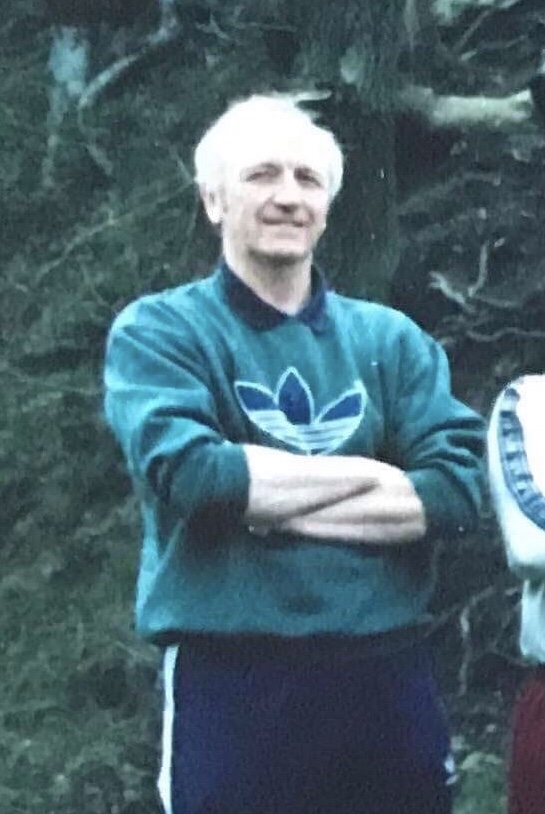 Tony’s passion and involvement for football in the town was never in doubt, playing for Cwmtillery Excelsiors in the 1970s, as well as forming part of the resurrected Abertillery Town in 1982. Tony played for the reformed club up until 1988, when he retired. 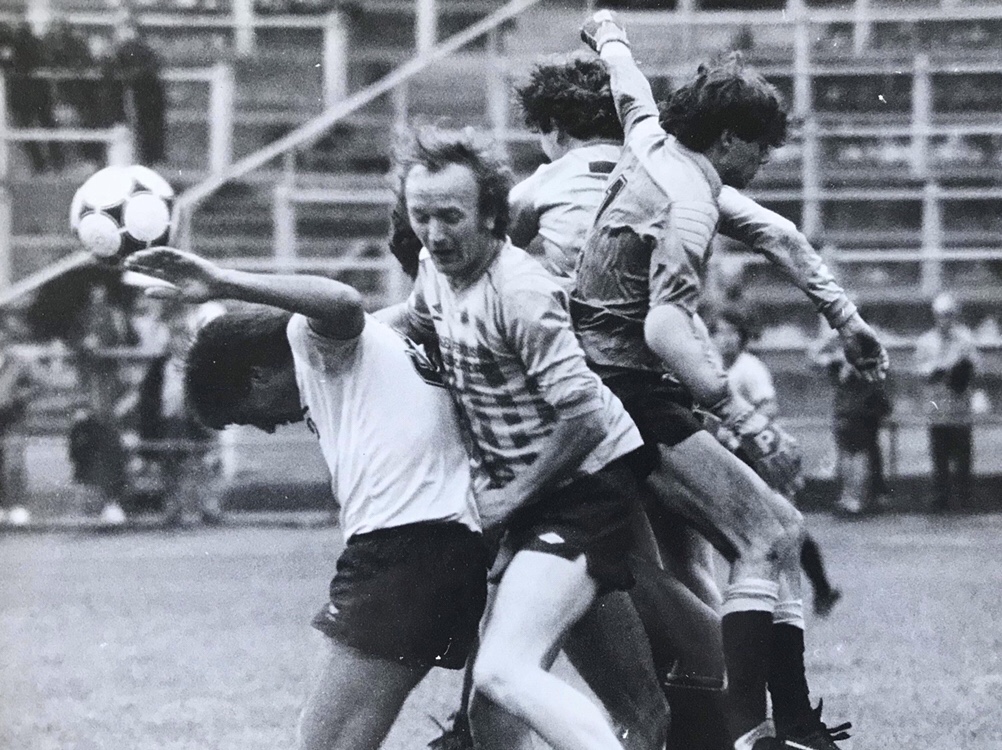 He returned to manage Abertillery Town in 1998 and upon the merging of the clubs at the turn of the millennium into Tillery FC, Seymour took the reins of the Second Team. Tony guided them to glory during the 2000/01 season as they came runners up in Gwent County Division 1 and lifted the Gwent County Amateur Cup in a very successful season.Tony’s last involvement with the club came in 2004, as he took over the managerial duties of the First Team alongside Colin Preece. 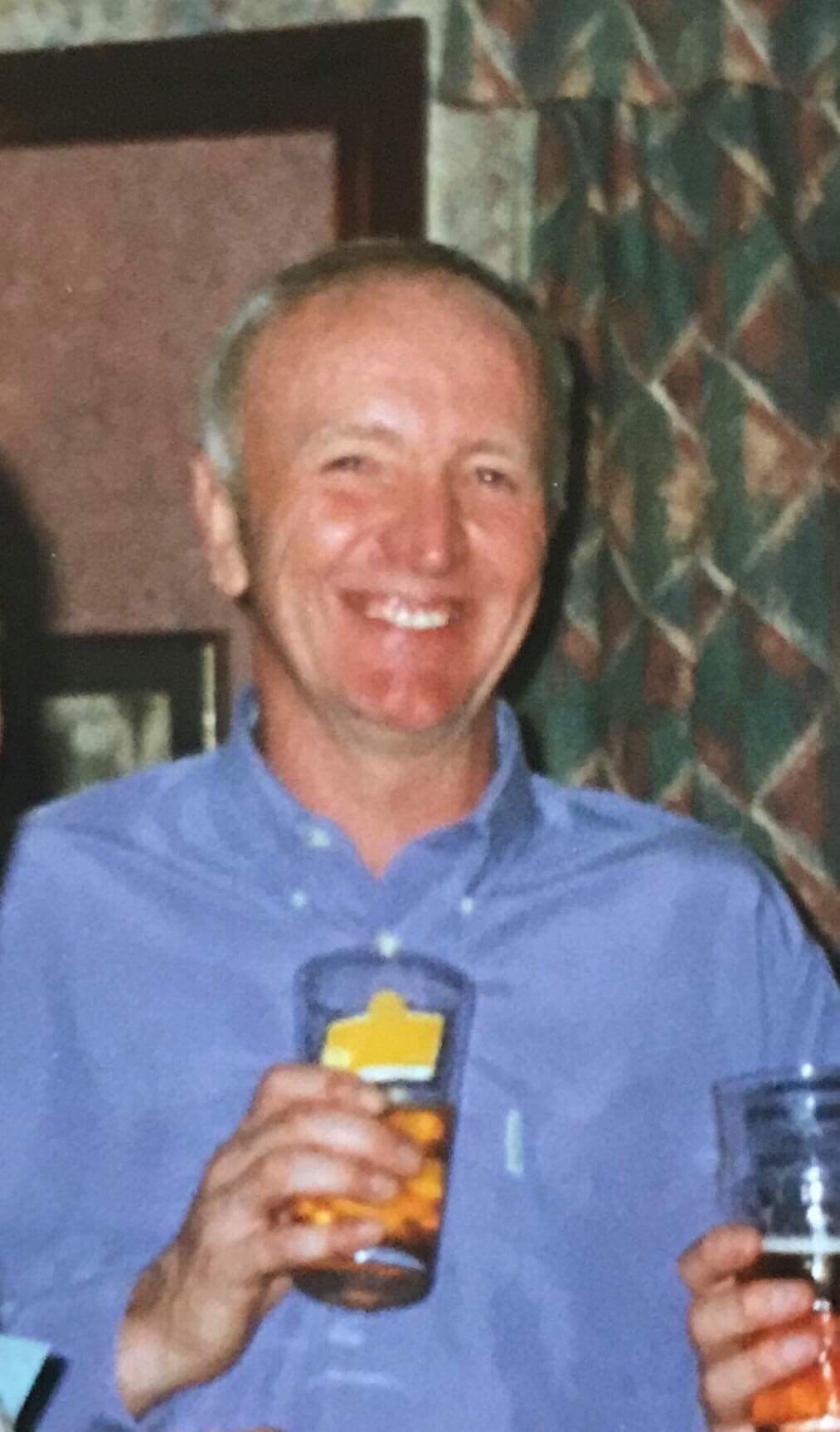 Away from football, Tony Seymour was a powerhouse in front of the cricket stumps, as the sporting all-rounder enjoyed his time as captain of Abertillery Town Cricket Club for a record amount of seasons and was a formidable fast bowler. Tony’s son Mark continues his father’s legacy today as the cricket team’s current captain. Tributes and messages of condolence have flooded in to the cricket club from other cricket team’s and those fortunate enough to have shared the cricket pitch with him, alongside members of the community who knew Tony away from his sporting interests. 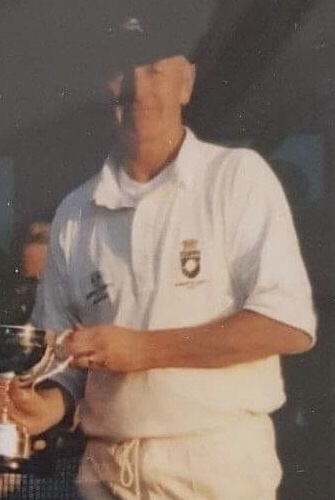 We would like to extend our heartfelt condolences to the family and friends of Tony Seymour, as well as giving our thanks that we were able to share and revel in his brilliance on and off the pitch. 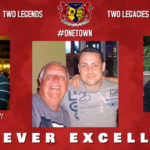 Saturday, August 4th will see the historic Woodland Field in Cwmtillery undergo a name change, in a heartfelt and emotional show of respect to two club legends who passed away last September.

The Woodland Field itself will be rechristened as the Keith Williams Field in memory of the longtime stalwart and club secretary who passed unexpectedly 10 months ago, just days after the club and community was rocked by the sudden death of Christopher Barnett. ‘Barney’ will also be immortalised as the pavilion on site will now bear a plaque proclaiming it as the Christopher Barnett Pavilion.

There will also be a memorial game played on the pitch, marking it’s first official use under the new moniker and will comprise of a selection of both men’s friends and family, before the celebration of both Barney and Keith’s lives continues at the New Bridgend Inn. A very special presentation to the Williams and Barnett families will also take place that afternoon.

Councillor Garth Collier told a meeting of the Blaenau Gwent Council executive of intentions to rename the pitch and pavilion, and of plans to hold a memorial day on August 4th to celebrate the lives of Keith and Barney and their enduring legacies.

In a letter penned to the Council to seek approval for the changes, current Club Secretary Matthew Thomas said ‘We feel this will be a fitting tribute to a true gentleman whose service to football in our area has been colossal’, in reference to Keith’s 40 plus years being involved with football in Abertillery.

Media Manager Mark Abraham echoed sentiments made last year in the aftermath of both men’s passing, saying ‘I think that the club has done a wonderful thing here. It’s a huge show of respect for both of these men. Last year I stated they would both leave a lasting legacy for generations in Abertillery and as of August 4th, that era will begin.’

‘These two titans of local football, successful in their own right and with impressive CVs to boot, will now be immortalised in the area they loved and for the game they lived and breathed. I think it’s a massive honour and is something that anyone who was privileged to have known them in any capacity can certainly appreciate and respect.’

He continued that ‘I’d encourage anyone who can come to come up and mark this special moment in time with us. We really want to make this a landmark memory for everyone and show people that this really is just the beginning of their legacy. They’ll forever be excelling’.

The club would like to thank Blaenau Gwent County Borough Council for their support in these changes and for their help to push things through ahead of the new season. We would, as always, like to thank the members of the club, fans and local community, along with multiple sports clubs in the surrounding area, for their ongoing support and tireless show of love for these two extraordinary men. 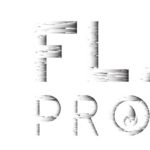 We’d like to thank Flame Protect UK for their sponsorship and support this season.

They provide 1st class service for all commercial and domestic needs, specialising in all things fireproofing. The family-run business is based in Abertillery and have run since 2013 in all aspects of disaster recovery, restoration and manufacturing.

Some of their client list boasts names like G4S, Calvin Klein, Virgin Atlantic Airways, The Celtic Manor Resort and Harrod’s. Their work takes them all over: whether it’s helping out the BBC in Manchester when they needed a TV set sorted with Flame retarding or helping out Marriott Hotels up in Newcastle, providing the client with an efficient job and showcasing they were ‘amazingly knowledgeable and helpful’.

For more information on Flame Protect UK, visit them online at www.flameprotectuk.com

They’ll also feature on our brand new Alphard kit that was unveiled yesterday as part of our ongoing partnership with Macron: Ebbw Vale and primary sponsor – Trade Centre Wales 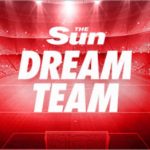 Well, The Sun: Dream Team is over for another season. We’d like to first thank you all for playing over the year.

Kez’s Kings came in the third and final spot to win a cash prize with 2280 points and in a great show of generosity, Barrie Nash donated his £40 winnings to Barney’s Fund.

With the Dream Team done and dusted for this year, it’ll only be a matter of time before you’re all clamouring to earn the most points for your respective elite XI! No doubt – a Dream Team will be set up soon enough so keep your eyes peeled!